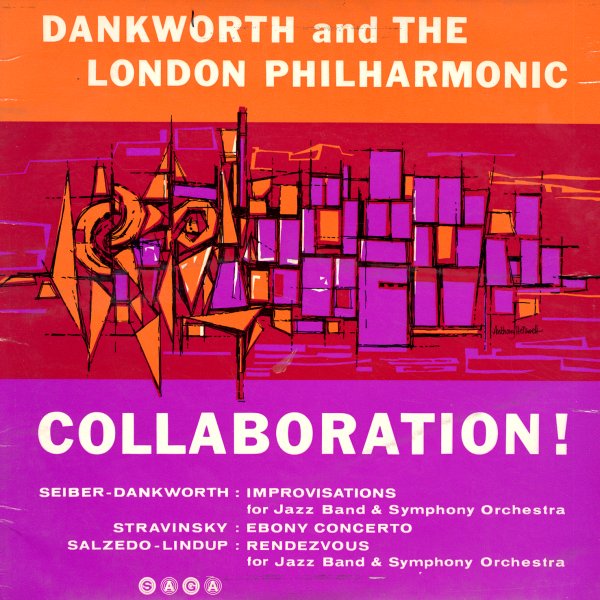 A slightly more serious affair from Brit jazzman Johnny Dankworth – and a set that points towards some of the soundtrack albums he'd cut in the 60s! There's a modern jazz-meets-classical feel here – as Dankworth's larger group of players is augmented by some fuller strings from the London Philharmonic – blended together surprisingly well, so that Johnny's hip modernists fall right into play with the orchestrations! Group members include Peter King on alto sax, Kenny Wheeler on trumpet, Tony Russell on trombone, Kenny Clare on drums, and Dudley Moore on piano – and titles include the extended compositions "Ebony Concerto" – which features guest work from Ronnie Ross on baritone and Jimmy Deuchar on trumpet – plus "Rendezvous" and "Improvisations For Jazz Band & Symphony Orchestra".  © 1996-2022, Dusty Groove, Inc.
(UK pressing, in a flipback cover! Cover has some light wear, but is nice overall.)

Fort Yawuh
Impulse, 1973. Very Good+ Gatefold
LP...$11.99
Great Impulse work from Keith Jarrett – recorded at a time when he had a lot sharper edge than later years, and was really matching the spirit of some of the post-Coltrane generation players on the label! The date's a live one, and features some relatively extended tracks – tunes that ... LP, Vinyl record album

Live
International Anthem, 2021. Near Mint- 2LP Gatefold
LP...$24.99 (CD...$11.99)
Angel Bat Dawid is a completely mesmerizing artist on record, but she's even more mindblowing in a live setting – where she seems to channel the energy of the skies and the planet into her music – brimming over with righteous energy that guides the rest of the group with a hell of a lot ... LP, Vinyl record album