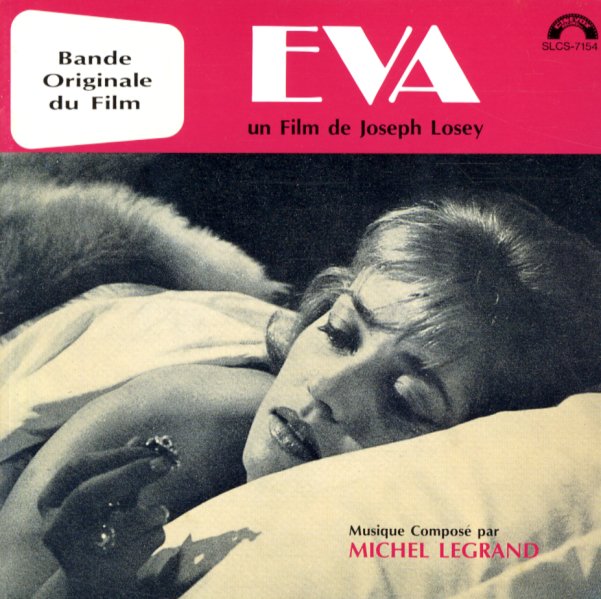 A fantastic lost soundtrack from Michel Legrand! The score is a lightly jazzy one, done for a film starring Jeanne Moreau and directed by Joseph Losey – and the music's a perfect blend of Legrand's earlier straighter jazz work, with some of his later talent for groovy orchestrations. The overall feel is quite dark – with the kind of jazz-based soundscapes that were showing up in some other French soundtracks at the time. Titles include "Water Ski", "At The Bar", "One Morning In Roma", "Eva & Tivian", "The Wedding", and "Adam & Eve", which is sung in a vocal version by the great Tony Middleton!  © 1996-2022, Dusty Groove, Inc.
(Out of print, includes obi.)