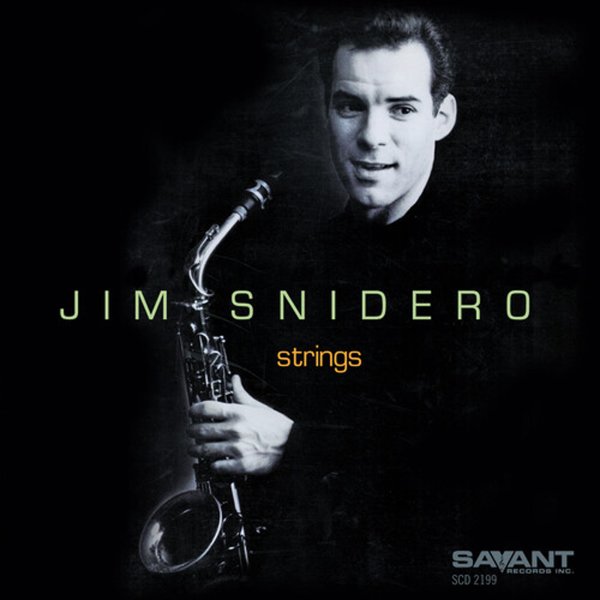 A really fantastic record from reedman Jim Snidero – one that hints at its sound with the "strings" in the title – even though that's just a really tiny part of the overall picture! There's lots more going on here than just a saxophonist with strings – this isn't a laidback ballad session, with Jim blowing familiar tunes in a late nite mode – and instead, his work on alto (and a bit of flute) is very firmly ingrained in the larger charts on the set – strings handled by Laura Seaton, but set to tunes that are almost all originals by Jim himself – and given this great core energy from a quartet that includes Renee Rosnes on piano, Paul Gill on bass, and Billy Drummond on drums. Titles include "Slipping Away", "Theme For Ernie", "Forever Gone", "Ventura", and the three-part "River Suite".  © 1996-2022, Dusty Groove, Inc.