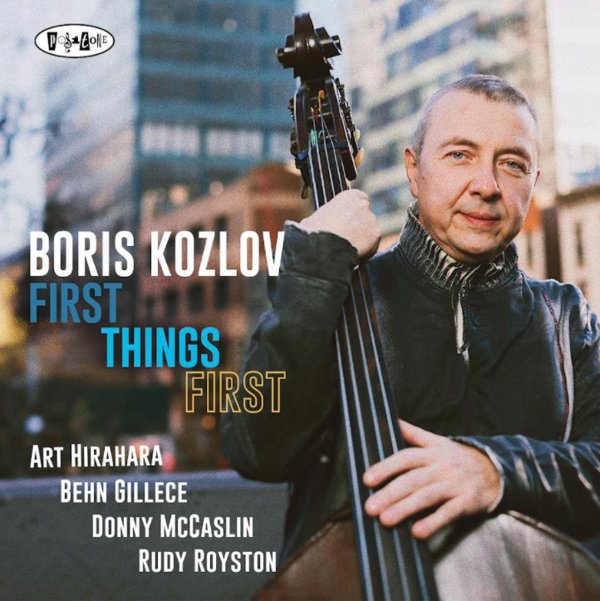 Boris Kozlov is a bassist whose command of many forms just seems to grow as the years go on – someone maybe a bit like Ron Carter, who can exhibit a great core role in a combo, but also open up with a more expansive sense of sound as well! Here, Boris plays conventional acoustic bass, electric, and even piccolo bass – moving between roles in the rhythm section and setting the scene in the lead – in a combo that's filled with equally great contributions from Behn Gillece on vibes, Art Hirihara on piano and Fender Rhodes, and Donny McCaslin on tenor and flute! The great Rudy Royston is handling drums – and the record's got this sense of variety in tones and textures that's not only different from the usual Posi-tone session, but also really opens up our respect and understanding of Kozlov's talents as well – thanks to a well-chosen batch of original material by most of the members of the group. Titles include "Warm Sand", "Once A Fog In Babylon", "Aftermath", "IS Adventure", "The More Things Change", "Page One", and "Flow".  © 1996-2022, Dusty Groove, Inc.