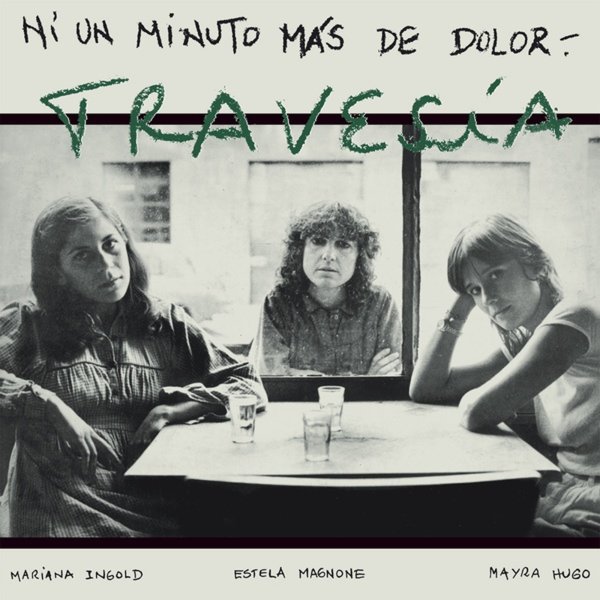 An incredibly lovely little record, with a sound that's very much all its own – served by a female trio who were part of the unusual scene in Uruguay at the time – all in a mix of harmonized vocals, acoustic guitar, and a very personal, up-close sort of presentation! The harmonies remind us a bit of a more complex Quarteto Em Cy, and the use of acoustic guitar and intimate songwriting style has echoes of early work by Tracy Thorn – both very important guide posts in our own musical pantheon, and ones that we would never throw around lightly! There's a special sort of beauty to the record that's very much all its own – the only album ever issued by this trio, with currents that go back to bossa nova and some of the post-Tropicalia work in Brazil – yet a quality that's very much unlike anything else you'll ever hear. Titles include "Claros", "Dos Partes", "Algunos Reproches", "Avalancha", "Los Domingos", "Andenes", "En Este Momento", and "Una Cancion Gratuita".  © 1996-2022, Dusty Groove, Inc.

Operation
Ohr (Germany), 1971. New Copy Gatefold (reissue)
LP...$27.99 29.99 (CD...$15.99)
An obscure set from the glory days of the Krautrock scene, but a set that's maybe a lot more hard rock than some of its more proggy German contemporaries! The songs are still nice and long, but they've also got a lot more focus too – topped with English lyrics, sewn tight with searing ... LP, Vinyl record album