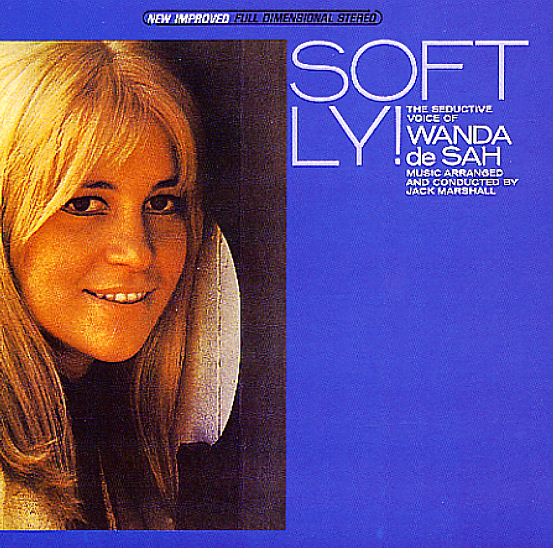 Also available
Wanda de Sah — Softly ... CD 14.99
A lost bossa classic from Wanda De Sah – aka Wanda Sa, the wife of Edu Lobo, and a singer who worked with Sergio Mendes in his pre-Brasil 66 days! The album's got a wonderfully laidback feel – languid, yet jazzy, with the feel of some of Astrud Gilberto's best work on Verve, yet with vocals that are possibly better – thanks to Wanda's pedigree in Brazilian pop. Recordings were done in California, not Rio – and arrangements are handled by the great Jack Marshall – who's got a strong ear for keeping things interesting with a mix of strings, Latin rhythms, and Capitol pop shadings. Titles include "Aqua De Beber", "Ho Ba La La", "Sweet Happy Life", "The Dreamer", and a great version of "Aruanda".  © 1996-2022, Dusty Groove, Inc.
(Out of print, includes obi.)