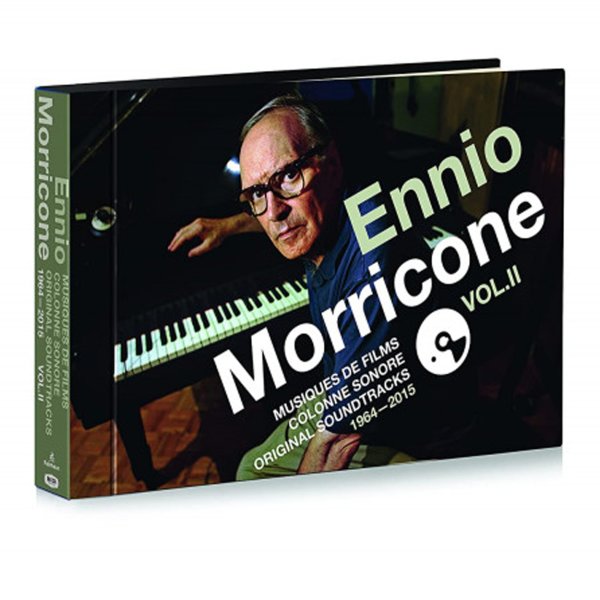 A gorgeous second volume to this amazing set – every bit as career-spanning as the first edition, but with a nicely different focus! This time around, the set has some especially rare material for fans of the Italian soundtrack genius – including a full CD of rare TV soundtracks scored by Ennio Morricone – plus additional themed CDs that include one disc of Vocal Songs and Covers, one of Lost Horizons, one of Unique Collaborations, and other CDs titled Comedy, Faces Of Italian Cinema, French Cinema, American Cinema, War Stories, and International productions! The package is stunning too – a book-style hardcover set, with 48 pages of notes and interviews! There's a massive 310 tracks on the 14 CDs – and the set mixes classics with rare material and some previously unreleased tracks – further testament to the endless depths of the soundtrack genius of Ennio Morricone.  © 1996-2022, Dusty Groove, Inc.