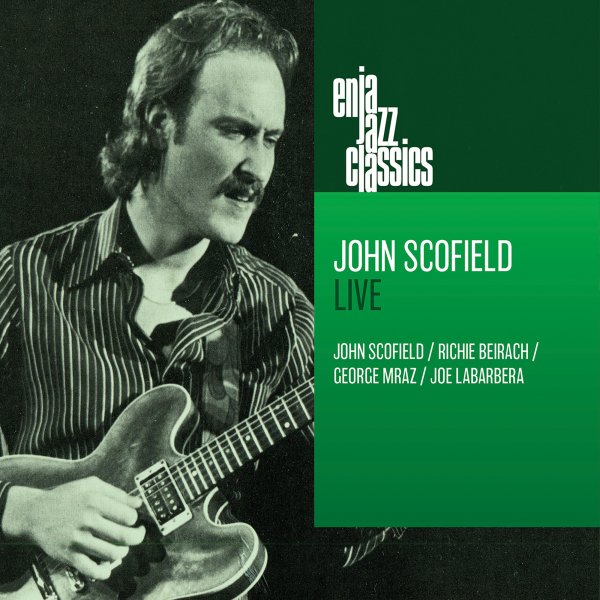 The young John Scofield is a player with an amazing command of chromes – this way of putting forth all these new changes in jazz, and really transforming the role of the guitar in the music with important 70s records like this! Scofield's part of a generation who maybe came to jazz while also very aware of the use of the instrument in rock – but he also never plays with any sound that's rock-based at all, unlike some of his electric contemporaries – and instead moves the instrument past some of the clean tonal modes of the early years of jazz guitar, into a fiercer, fuzzier mode – one that can be both sinister at times, and soulful at others. All tracks here are nice and long, and augmented by excellent work from Richie Beirach on piano, George Mraz on bass, and Joe LaBarbera on drums – on the titles "V", "Gray & Visceral", "Softly As In A Morning Sunrise", and "Leaving". CD also features the tracks "Jeanie" and "Air Pakistan".  © 1996-2022, Dusty Groove, Inc.

A Time For Love – The Oscar Peterson Quartet Live In Helsinki 1987
Mack Avenue, 1987. New Copy 2CD
CD...$18.99 19.99
A well-done live set from the legendary pianist Oscar Peterson – and one that resonates strongly with his earlier material for the Pablo label, given that the group also features guitarist Joe Pass! The live setting is really used well here – as there's two extremely long cuts – ... CD

Sounds From The Ancestors
Mack Avenue, 2021. New Copy
CD...$16.99 17.99
Saxophonist Kenny Garrett is no stranger to the sounds of his ancestors – as he's got a great legacy of mixing deeper spiritual currents into his music – yet here, that approach is nicely foregrounded in ways we haven't heard from Kenny in quite some time – making for a record ... CD

Silencer
Enja/Ultra Vybe (Japan), 1990. New Copy
CD...$16.99
An early date as a leader for guitarist Nels Cline – done with lots of rich tones and hues, of the sort that his generation really helped bring to jazz guitar! There's some echoes here of the previous ECM range of players, but Cline's also got a sharper focus at points too – still ... CD