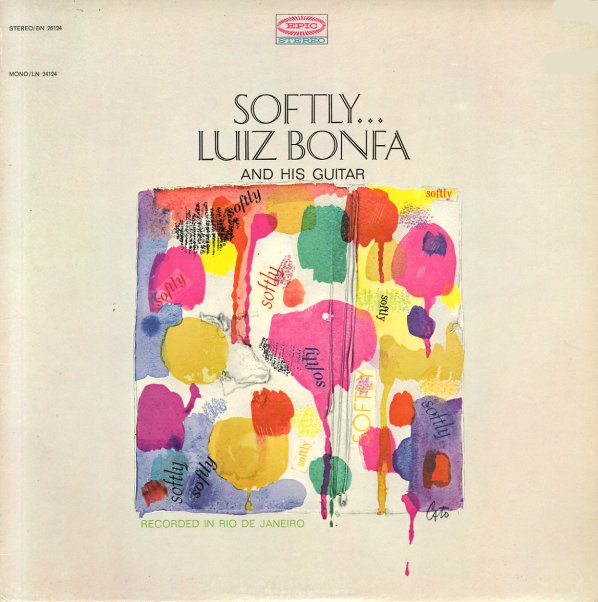 One of the better early bossa albums by Bonfa, and one that doesn't have the sleepy quality that you find on some of his other records. Luiz' guitar is backed by a nice little combo, and the tracks have a lively rhythm, with occasional vocals, and some nice flute solos from time to time. The whole thing sounds a bit like an early Baden Powell session – and includes the tracks "Amor Em Brasilia", "Amor De Solidao", "Murmurio", "Inquietacao", "Voce Chegou Sorrindo", and "Saudade De Bahia". Also issued in Brazil under the title O Violao E O Samba.  © 1996-2021, Dusty Groove, Inc.
(Mono white label radio station copy.)