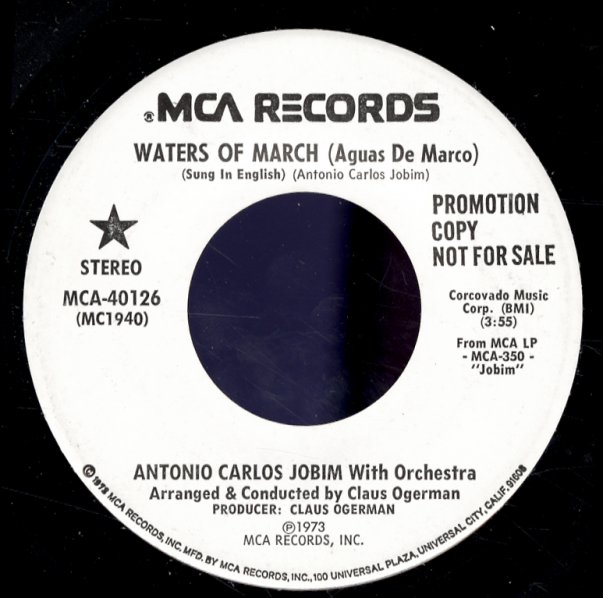 A fantastic single of this completely sublime song – both English and Portuguese versions!  © 1996-2022, Dusty Groove, Inc.
(Promo in an MCA sleeve. B-side label has a bit of marker.)