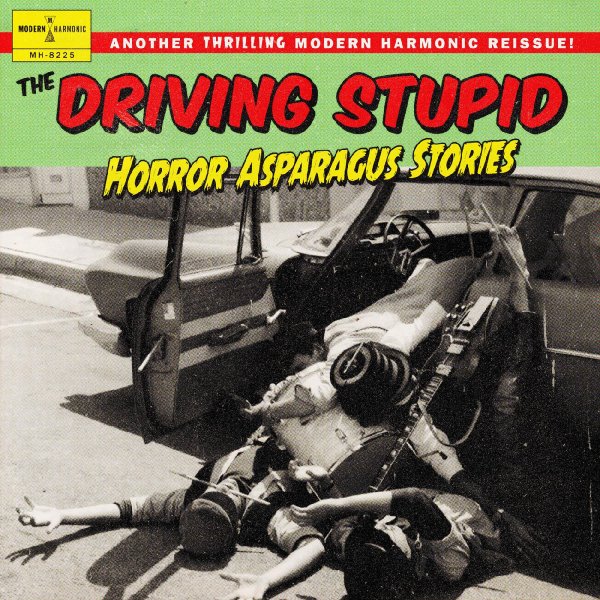 A wonderfully weird little record – a set recorded in the mid 60s, unissued at the time – and full of horror-tinged tunes that are perfect for the stripped-down garagey delivery of the group! In a way, the blend of monster themes and raw instrumentation has a feel that's almost like an 80s group, trying to pretend their a 60s one – which really gives the whole thing an out of time sort of vibe, and maybe shows that although Driving Stupid never cracked the big time, they certainly were ahead of their time! Lyrics are often pretty goofy and funny – and we mean that in a great way – and titles include "We've Come To Take The Earth Away", "My Mother Was A Big Fat Pig", "Hide The Lobsters", "How Do You tell A Stranger", "I'm Gonna Bash Your Brains In", and "Water My Doing Here".  © 1996-2022, Dusty Groove, Inc.