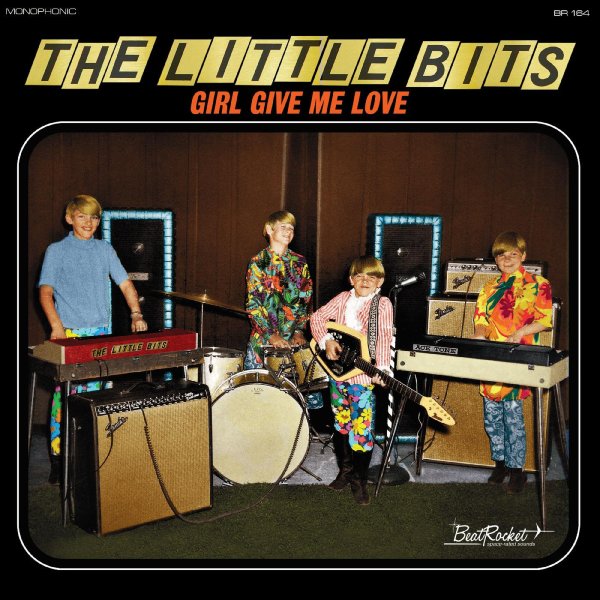 Girl Give Me Love (with bonus track)

Also available
Little Bits — Girl Give Me Love (orange vinyl pressing) ... LP 23.99
The Little Bits are little kids, but don't hold that against them – as there's an intensity to this record that feels much more like some Texas psych of the time, and which hardly fits the sweeter image of the group on the cover! The quartet only issued one single back in the 60s – but now, they finally get their full due in this amazing batch of lost material – heavy on fuzzy bass, sinister keyboards, and some surprisingly gritty vocals – way different than anything we might have expected from the cover! Trust us, this set is great – as gritty and garagey as any of the older, long-haired cats from the time – with titles that include "Girl Give Me Love", "Corner Store", "Turn Around", "Evil On My Mind", "Houston To LA", "Do Wrong Lucy", "Spoofin", and "Clearwater Georgia". CD features a bonus alternate take of "Evil On My Mind".  © 1996-2022, Dusty Groove, Inc.