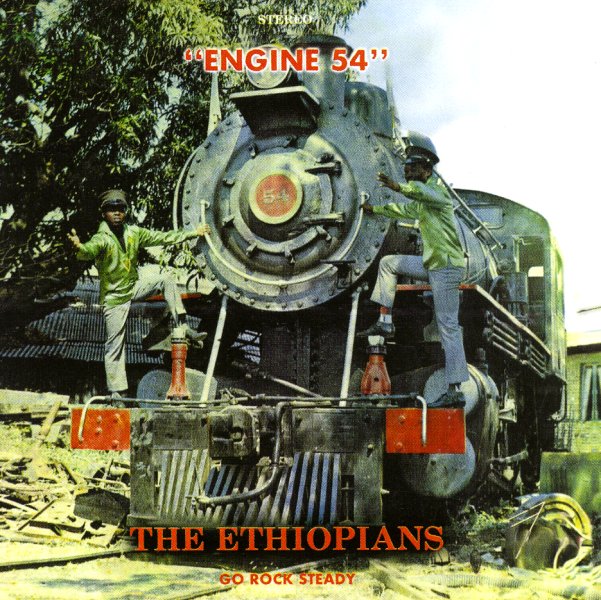 A rocksteady classic from The Ethiopians – but a set that also has plenty more going on as well! The duo work here as a Jamaican counterpart to American soul groups – one of the first and best to hit the Kingston scene – but they also open themselves up to lots of other ideas in the process, and sometimes lay back vocally to just let the album open up and groove! Harmonies are The Ethiopians' strongest calling card – but they're often first directed by the rhythms, then slide in to warm things up and give a larger presence to the slow-stepping, midtempo grooves – all delivered with a classic Kingston head-nodding approach. The album's a key genre-building moment in Jamaican music – and titles include the classic "Train To Skaville", plus "Engine 54", "My Love", "You Got The Dough", "Woman's World", "Long Time Now", and "Unchanged Love".  © 1996-2022, Dusty Groove, Inc.

Chapter 2 – Of Words
Trojan (UK), 1970s. Used
CD...$12.99
22 tracks of Lee Perry produced jammies for this low price? Sounds like a winner to us! The Trojan tape vaults are loaded with awesome early 70s Scratch productions, from one of his most fertile periods. Like other comps out there, this nice set features vocal and instrumental versions, plus a ... CD

Best Of The Uniques 1967 to 1969
Trojan (UK), Late 60s. Used
CD...$9.99
Nice collectin on Trojan of this vocal group's rocksteady numbers. There's a bit of overlap with the set on Pressure Sounds, as there wasn't a whole lot of material laid to tape by this group. Nice steady rockers and lover's tunes, with sweet harmony vocals. Tracks include "People ... CD

Legend – The Best Of Bob Marley & The Wailers
Island, 1970s. Used
CD...$3.99 (LP...$36.99)
While we're not big on career retrospective best of's, especially artists like Marley, whose been collected over & over, this is actually a respectable set, and the vinyl's pretty darn hard to get ahold of anymore. Includes 14 classics, like "Get Up Stand Up", "Exodus", ... CD

Scorchers From The Mighty Two
17 North Parade/VP, 1970s. Used 2 CDs
CD...$12.99 (CD...$18.99)
Joe Gibbs and Errol Thompson moe than live up to their title as the Mighty Two just as this heavy compilation more than lives up to the title of nothing but scorchers! Gibbs and ET showcase their mastery of all styles here, veering from hard and heavy roots to sweet lover's numbers and even a few ... CD