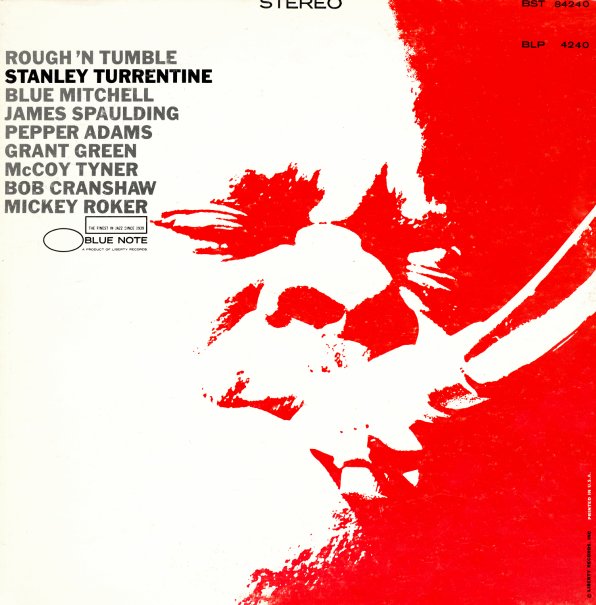 Great large group genius from tenor giant Stanley Turrentine – one of a number of 60s Blue Note albums that have Stan exploring a format that he'd use even more strongly in the 70s! Here, the results are superb – thanks in strong part to the great Duke Pearson, whose growing talents as an arranger are perfect for the sound of Turrentine's horn – warmly soulful and lyrical, but still with a nice sense of bite – one that's furthered by work from James Spaulding on alto, Blue Mitchell on trumpet, Pepper Adams on baritone, Grant Green on guitar, and McCoy Tyner on piano. The whole thing comes of wonderfully – with some open tunes that never feel too tightly constricted, which results in some great solo moments – on the tunes "Baptismal", "Feeling Good", "Shake", "Walk On By", and "And Satisfy".  © 1996-2022, Dusty Groove, Inc.
(Blue Note Tone Poet series – heavy vinyl and cover!)