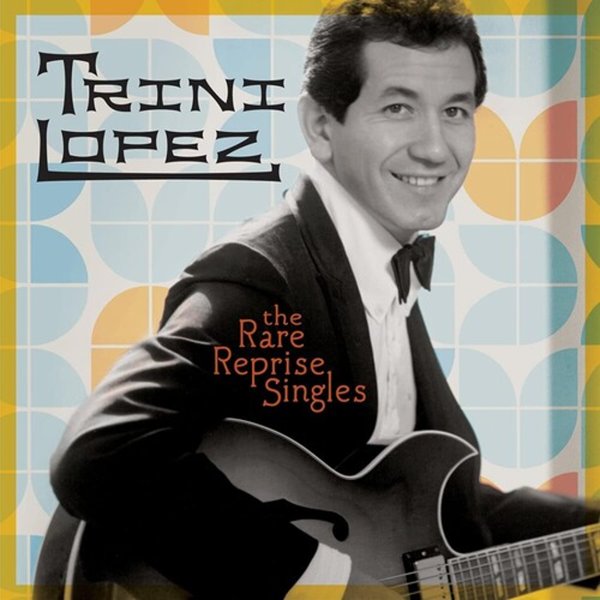 Wonderfully groovy work from Trini Lopez – the singer/guitarist who cut some great albums for Reprise Records in the 60s, but who seemed to sound even groovier in the space of a 7" single! This set brings together most of Trini's 45s for Reprise, most on CD for the first time ever – and together, the cuts are a long-overdue tribute to the pop genius that Lopez offered up in the 60s – a sound that was initially served up in a rocking small combo mode, but took in all these great flights into sunshine pop, Latin soul, and other cool styles that are all served up on this very cool collection! 24 tracks in all – with titles that include "Made In Paris", "Pretty Little Girl, "Up To Now", "The Bramble Bush", "You Make My Day", "Five O'Clock World", "Love Story", "Master Jack", "Something Tells Me", "There Was A Crooked Man", "Let's Think About Living", "Mexican Medicine Man", "Regresa A Mi", and "Let It Be Known".  © 1996-2022, Dusty Groove, Inc.

Julie Driscoll 1969
Polydor/Greyscale (UK), 1971. New Copy
CD...$9.99 14.98
Julie's come a long way from her years with Brian Auger here – stepping out in a freer sound that marks the shift in the British scene from beat group grooving to jazz-rock jamming. The session features a host of likely suspects – including Keith Tippett, Elton Dean, Brian Godding, ... CD

Sweet Maya (with bonus tracks)
Sweet Maya/Luv N' Haight, 1977. New Copy
CD...$5.99 18.98
An obscure group from the Michigan scene of the 70s – but one who work with a breezy vibe that feels a lot more like some of the Bay Area material we know from the time! These guys bring together a bit of jazz, touches of folk, and even some Brazilian currents – all in a mode that's ... CD