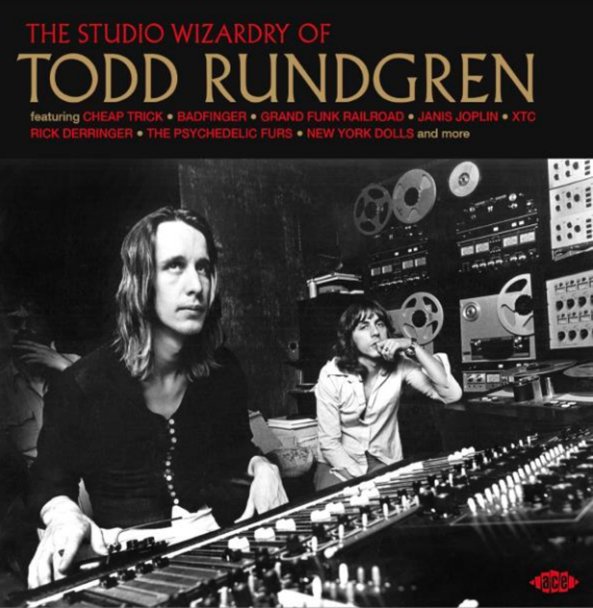 Todd Rundgren's known to most as a hell of a songwriter, and a singer with surprising charms – but he's also a genius in the studio, with talents that were first demonstrated on all of his early self-produced classics – then shared with some key acts in the 70s and 80s! As with his own music, Rundgren really has a way with making a tune come together – a special ear for getting everything to sound right, but at a level that's simple and understated – so that all the best qualities of a song come out perfectly, but without making you feel like you're being hit over the head by the process behind the music! That quality is on great display here – in a set of 22 numbers that feature Rundgren at the helm, with details that are extrapolated more fully in the detailed notes within – but which come through loud and clear on tunes that include "Baby Blue" by Badfinger, "Long Times Gone" by Felix Cavaliere, "You're Much Too Soon" by Hall & Oates, "Frederick" by Patti Smith, Heaven's Falling" by Cheap Trick, "Jet Boy" by New York Dolls, "One Night Stand" by Janis Joplin, "L5" by New England, "We're An American Band" by Grand Funk Railroad, "Dear God" by XTC, "Something Warm" by Rick Derringer, "Long Road Home" by Fanny, "Fa La Fa Lee" by Sparks, "Piece By Piece" by The Tubes, "Love Is The Answer" by Utopia, "Goodbye" by The Psychedelic Furs, and "She's So Young" by The Pursuit Of Happiness.  © 1996-2023, Dusty Groove, Inc.

Ciao Bella – Italian Girl Singers Of The 60s
Ace (UK), Mid 60s. New Copy
CD...$9.99 18.99 (LP...$22.99)
Great groovy pop from the Italian scene of the 60s – a wealth of rare singles from female singers, almost all of whom we've never heard before! We'll confess to a long love and deep knowledge of female French singers from the time – but also admit a strong ignorance about most Italian ... CD