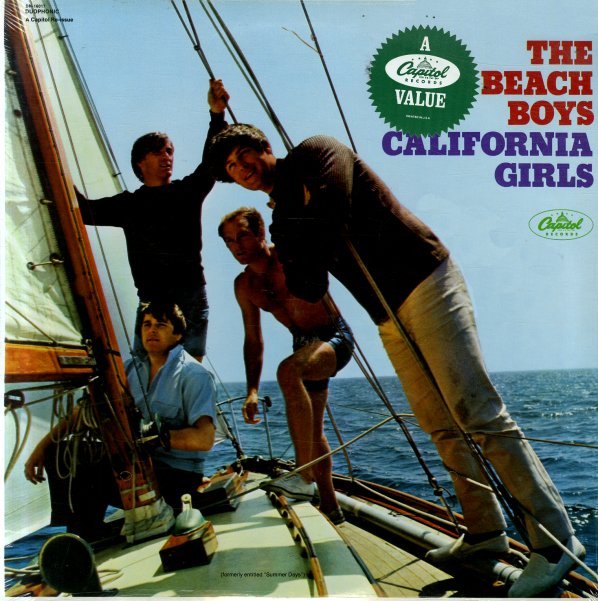 A repackaged version of the album Summer Days & Summer Nights – one of those stupid Capitol reissues that somehow contains less tracks than the original album! Fortunately, there's enough good stuff on here to make this one worth checking out – like some key pre-Pet Sounds gems that include "Let Him Run Wild" and "You're So Good To Me", both of which define the Pet Sounds love essence at its best – as well as the amazing "Summer Means New Love", an instrumental that hints at what Brian would soon do later in the studio!  © 1996-2022, Dusty Groove, Inc.
(Out of print, late 80s pressing. Small cutout hole through spine.)

Beach Boys' Party!/Stack O Tracks
Capitol, Mid 60s. Used
CD...$6.99
2 lesser-known, but still-great albums by the Beach Boys – even if they are a bit weird! Party features the group having a good time, working live through versions of rock and R&B tunes like "Hully Gully", "Tell Me Why", "Pap-oom-mow-wow", "Moutain Of ... CD