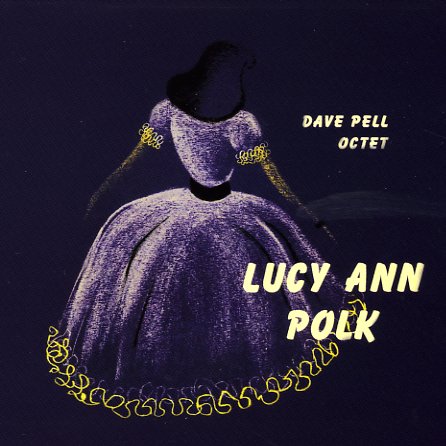 An obscure pre-Mode date from vocalist Lucy Ann Polk – and a set that's got a wonderful LA 50s feel! Backings here are by the Dave Pell Octet – with Pell on tenor, Ronny Lang on alto, Don Fagerquist on trumpet, and Claude Williamson on piano – and arrangements are by Wes Hensel and Shorty Rogers, nice and jazzy throughout! Lucy's approach to the tunes is light and lovely, but she also burns with a bit of a deeper fire at times too – a bluer tone underneath the charm up top. Titles include "But Beautiful", "Imagination", "It Could Happen To You", "It's Always You", and "Darn That Dream".  © 1996-2022, Dusty Groove, Inc.