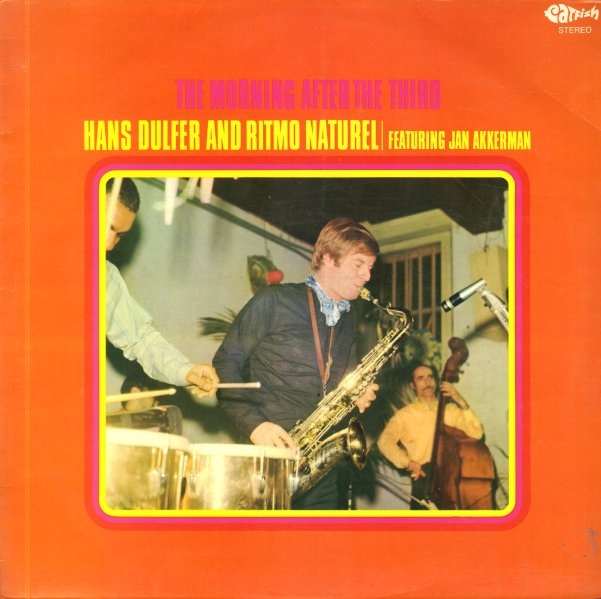 A wicked little set of tripped-out funky jazz – recorded by Dutch sax legend Hans Dulfer, at a time when he was really expanding his head! The album has Hans on tenor – blowing with a group that includes a young Jan Akkerman on guitar, and lots of Latin percussion – all served up at a level that mixes some of the modern currents of the Dutch jazz scene of the 60s, with some of the headier modes that were opening up all over the continent – yet not in a style that's proggish at all, as Dulfer keeps a nice groove on the record throughout! The approach is a bit like some of the 60s Latin jazz experiments that Klaus Doldinger was doing – but with more guitar and percussion, and a wilder vibe overall. Titles include "Senor Steve", "The Morning After The Third", "Green Mountain", and "Dit Is Het Begin".  © 1996-2022, Dusty Groove, Inc.
(Individually numbered limited edition of 1000 – on heavyweight transparent yellow vinyl!)