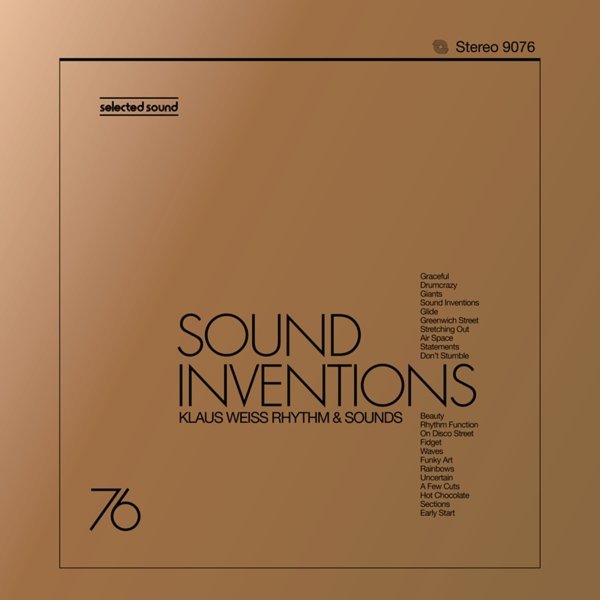 A rare sound library treasure from the great Klaus Weiss – a German drummer who worked heavily in the worlds of jazz, funk, fusion, and prog during the 70s – all experience that he certainly brings to bear on this great little set! The album's full of funky drums and electronics – the style here's a bit more electric than on some of Klaus' other sound library recordings – as Klaus is letting the electronics lead the drums, and not vice versa – but the approach does make for some lots of great moments overall, especially if you dig pre-electro type grooves! Titles include "Air Space", "Statements", "Don't Stumble", "Glide", "Sound Inventions", "Drumcrazy", "Funky Art", "Waves", "Fidget", "Sections", and "Hot Chocolate".  © 1996-2022, Dusty Groove, Inc.