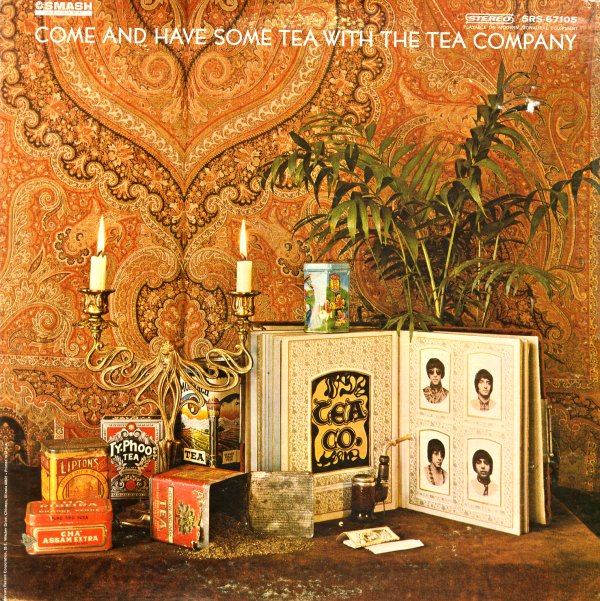 A great little record – of the type you could hardly make this well today! The Tea Company are an obscure psychedelic act, clearly concerned with all things "tea" (wink wink!) – and working in a free and open style that's a bit trippier than that of the usual psyche-pop styled group. Songs are longish at times, and there's lots of really cool production touches that make the weird lyrics and fuzzy instrumentation sound even better! Titles include "Make Love Not War", "Flowers", "Love Could Make The World Go Round", "Come & Have Some Tea With Me", and a very strange take on "You Keep Me Hanging On". Also includes the song "Don't Make Waves", which is really just water (bong?) sounds – recorded with lots of strange effects!  © 1996-2022, Dusty Groove, Inc.