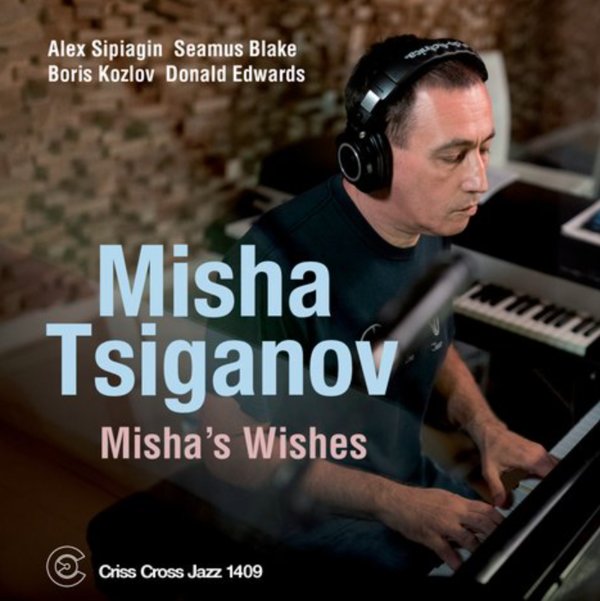 Beautiful work from pianist Misha Tsiganov – not a newcomer to jazz, but a player who's really seemed to find his way forward in recent years – with a lyrical, soulful sound that's very much his own – and which really seems to bring out the best here in his all-star lineup! Many of the tunes on the set are Misha's own, and they're wonderful – bubbling over with a sense of color that's first delivered by his own work on piano and Fender Rhodes, then carried further on the trumpet of Alex Sipiagin and tenor of Seamus Blake – both of whom are really at their best in the setting. Rhythm work is wonderful too – understatedly suited to Tsiganov's approach to music, and delivered by Boris Kozlov on bass and Donald Edwards on drums. Titles include "Lost In Her Eyes", "Are You With Me", "Give Me Five", "Hope & Despair", "Fire Horse", and "Misha's Wishes".  © 1996-2022, Dusty Groove, Inc.