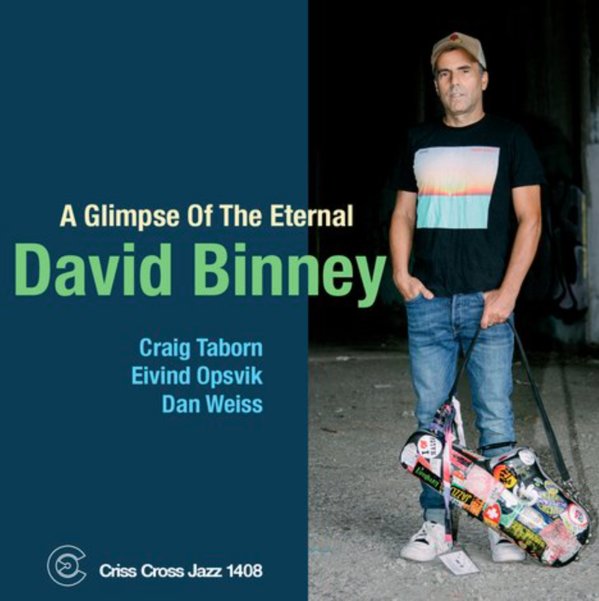 Glimpse Of The Eternal

David Binney is one of those generous saxophonists who seem to often let the role of the rest of the group shape their records as much as the vision and solos of the leader – and that's definitely the case here, on a wonderful date that draws a lot from the presence of pianist Craig Taborn in the quartet! In fact, all group members are great – Eivind Opsik on bass and Dan Weiss on drums – and there's a very cohesive vibe to the way they all come together that's similar to when a really well-matched piano trio hits the studio – often moving past just a setting for solos, and instead coming up with a sense of richness that resonates with all four corners of the square. Many of the tunes are originals by Binney, mixed in with some surprising numbers from other sources – and titles include "Group", "Our Place", "Vibe Changer", "Craig", "Dave", "Group", and "Ambivalence".  © 1996-2022, Dusty Groove, Inc.