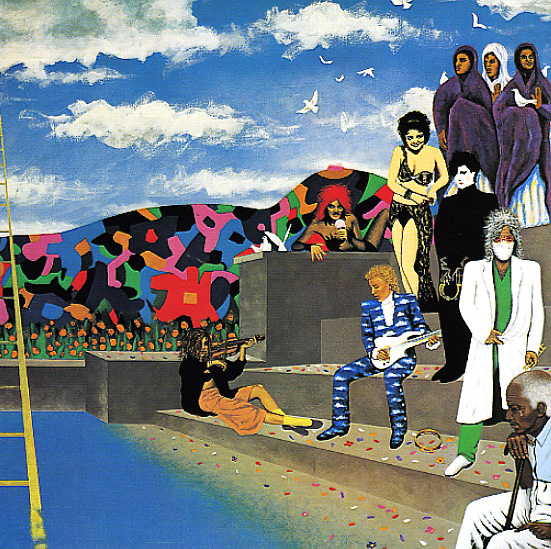 Also available
Prince — Around The World In A Day ... LP 11.99
A mad bit of psychedelic soul from Prince – a record that sounds better and better over the years, and which stands out from most of his 80s work thanks to some really unique production and songwriting! After Purple Rain, Prince did anything but freeze up in the face of living up to such a massive crossover smash – and instead stepped sideways nicely with a fresh approach to his sound – on a record that puts the "Paisley" in Paisley Park! The album mixes core Prince funk with some nicely playful touches – hardly classic psych, but that refined version that was floating around in the mid 80s – maybe mis-named, but used to great effect here. The album's a gem through and through – and titles include"Raspberry Beret", "Paisley Park","Around The World In A Day", "America", "Temptation", "Pop Life", and "Condition Of The Heart".  © 1996-2023, Dusty Groove, Inc.