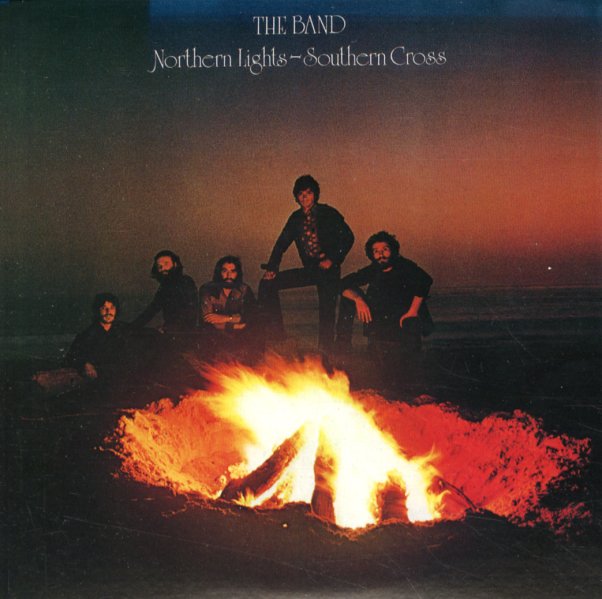 The best from The Band in years – their first all originals studio effort in a few years, and one that deservedly re-established them creatively, if not commercially, as one of the all time great rock bands! Robbie Robertson is solely credited for the compositions, but make no mistake, this record is by The Band – not just notes committed to a page and played – it's a fluid, intuitive and timeless album that we love nearly as much as anything they'd ever done – possibly as much as Big Pink or self-titled, even more on some days. Essential! Titles include "Rags & Bones", "Acadian Driftwood", "Hobo Jungle", "Ophelia", "Ring Your Bell", Jupiter Hollow" and "It Makes No Difference".  © 1996-2022, Dusty Groove, Inc.
(Out of print, 2014 SHM-SACD only pressing. For SACD players only!!!)

Music From Big Pink (Japanese SHM-SACD pressing)
Capitol (Japan), 1968. Used Gatefold
CD...$36.99
The landmark first album from The Band – and along with the follow-up, it's among the greatest records of its time – which is all the more astounding given how independent of late 60s trends it is! Each member of The Band brings such inimitable textures – Garth Hudson's imposing ... CD

Stage Fright (Japanese SHM-SACD pressing)
Capitol (Japan), 1970. Used
CD...$36.99 (LP...$21.99)
A fantastic classic from The Band – a set that's hardly got them cowering in the corner the way the "stage fright" title might imply – and which instead seems to have the group at their most confident during the early years, effortlessly spinning impeccable musicianship and ... CD