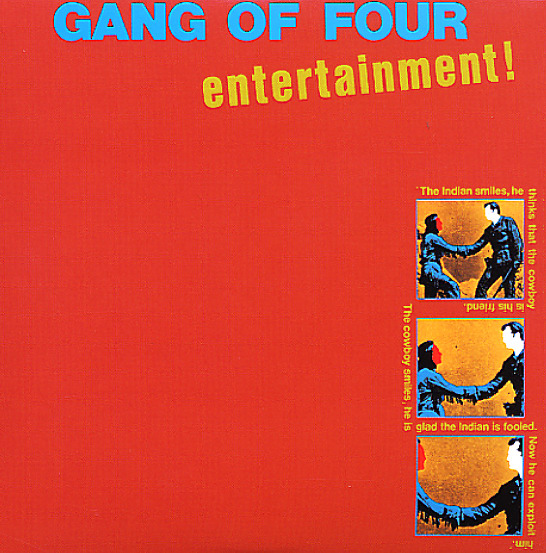 Also available
Gang Of Four — Entertainment! (expanded & remastered) ... CD 11.99
One of the greatest debut albums of all time – a record that hit the world like a comet when it was released, and which will continue to burn brightly for many decades to come! There's few groups who get things so right as Gang Of Four on this set – balancing the sharp edges of UK punk with a deeper political sense – but one that puts its message across in these short, sharp, shocks that are often given an extra punch by some surprisingly strong basslines! The mix of rawness, message, and surprising groove really sets this one apart from the pack – and that includes the work by legions of groups who've tried to imitate it over the years. Tracks include "Ether", "Natural's Not In It", "Not Great Men", "Damaged Goods", "Return The Gift", "Guns Before Butter", "Glass", and "Contract".  © 1996-2022, Dusty Groove, Inc.