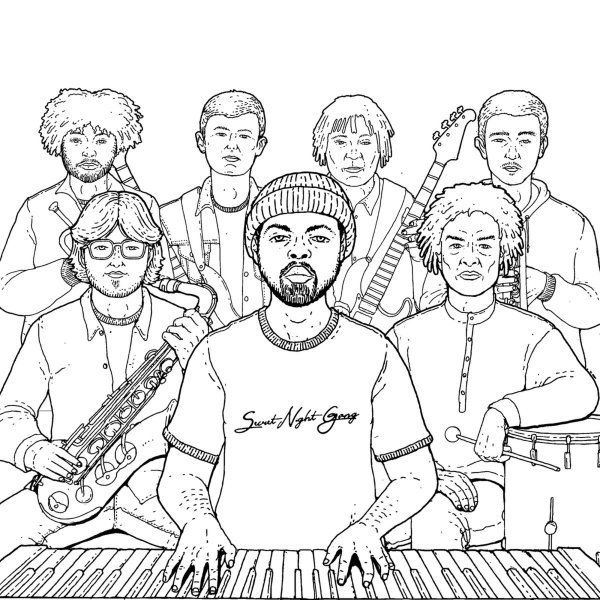 Also available
Secret Night Gang — Secret Night Gang ... LP 21.99
Secret Night Gang have a cartoony look on the cover – but the British funk combo play with a richly soulful sound that's overflowing with color and life – and which will definitely mean that they won't be a secret for long! The group mix in a fair bit more jazz than other contemporary funk groups – clearly working with chops that are honed through all the experience of the individual members of the collective, fused together with great arrangements from saxophonist Callum Connell, topped with vocals from Kemani Anderson, and woven together with some great Fender Rhodes and horns. Given Anderson's vocal strengths – a Brit soul vibe that's right up there with Omar or Shaun Escoffery – the album's as much of a soul record as it is a funky one – done with a classic vibe that draws on 70s roots, but updates the sound in the best 21st Century soul tradition of the Brownswood label. Titles include "Journey", "Beautiful Day", "The Sun", "Lonely", "Fall In Love", "Wanna Be With You", and "Captured".  © 1996-2023, Dusty Groove, Inc.