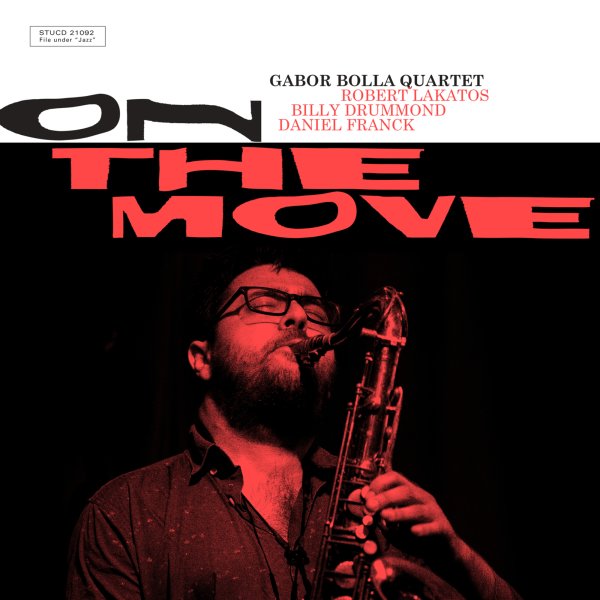 Saxophonist Gabor Bolla really comes on strong here – blowing both tenor and soprano sax alongside frequent musical partner Robert Lakatos on piano, a player who almost feels like the co-leader of the set, given the contributions he makes to the record! Many tunes are originals by Bolla – who's turning out to be a strong writer in recent years, and one who can craft just the right sort of tunes to showcase his wonderfully deft style on the saxophone – a mode that's clearly schooled in the classics, but very individual – more and more deft as the years go on, but always with a sense of focus and musical vision. The rest of the group features the warm basslines of Daniel Franck and the superb drumming of Billy Drummond – on titles that include "Blue Tarif", "Monkey Donkey", "Love Is Love", "Blues On The Move", and "Lament".  © 1996-2022, Dusty Groove, Inc.