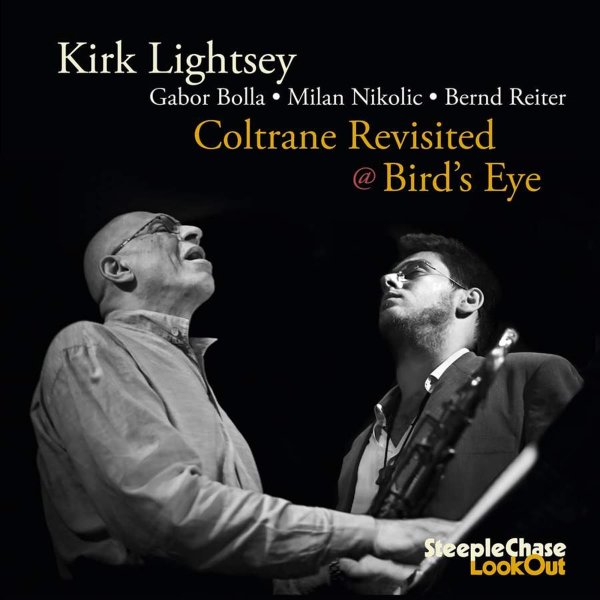 The music of John Coltrane, but served up here with a very different voice – that of tenorist Gabor Bolla, whose captured here at an early point in his career, with a sound that's more than bold enough for the material – but also very much all his own! Kirk Lightsey leads the group, and works with a sense of majesty that seems greater than we've heard in years – and Bolla rises strongly to the challenge of these Coltrane classics, alongside bassist Milan Nikolic and drummer Bernd Reiter! Lightsey also contributes one of his own tunes – the great "Habiba", known from an earlier South African recording – a cut that, along with the playing, helps the set sound very different than a simple rehash of Coltrane modes. Other titles include "Like Sonny", "Soultrane", and "Pursuance".  © 1996-2022, Dusty Groove, Inc.

On The Move
Stunt (Denmark), 2021. New Copy
CD...$16.99 19.99 (CD...$12.99)
Saxophonist Gabor Bolla really comes on strong here – blowing both tenor and soprano sax alongside frequent musical partner Robert Lakatos on piano, a player who almost feels like the co-leader of the set, given the contributions he makes to the record! Many tunes are originals by Bolla ... CD

Bluu Afroo
Steeplechase (Denmark), 2020. New Copy
CD...$9.99 19.98
There's a really great pairing going on here – the always-amazing sound of Pierre Dorge's New Jungle Orchestra, and the tenor of Stephen Riley – a guest who's brought into the fold after a successful European tour with the group, and a perfect match for their ever-inventive sound! ... CD