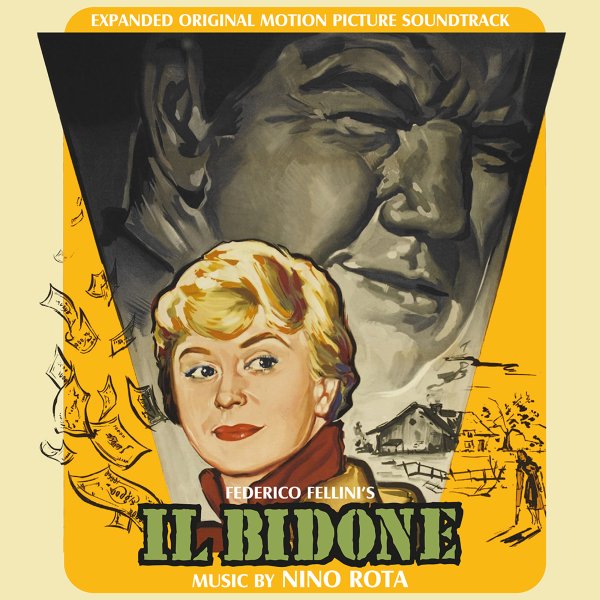 One of the first really amazing scores that Nino Rota penned for Fellini – the masterful soundtrack to 1955's Il Bidone! Rota's working here in that wonderful theme-based mode he used for some of Fellini's later masterpieces – one that features standout musical passages that dance amidst larger orchestrations with a really playful feel – mixing together isolated instrumental solos with grander passages of strings and woodwinds, in a mode that really sets the scene for changes in scoring to come in the 60s. Themes on the set are easily as evocative as work for La Dolce Vita or 8 1/2 – and titles include "Al Cinema", "L'Ultimo Bidone", "Il Bidone", "Il Tesoro Nascosto", "In Viaggio Per Un Bidone", and "Cara Bambina" – plus bonus alternate takes of "Ballerina Night", "Cara Bambina" and "L'ultimo Bidone" along with a first CD with the full film score.  © 1996-2022, Dusty Groove, Inc.