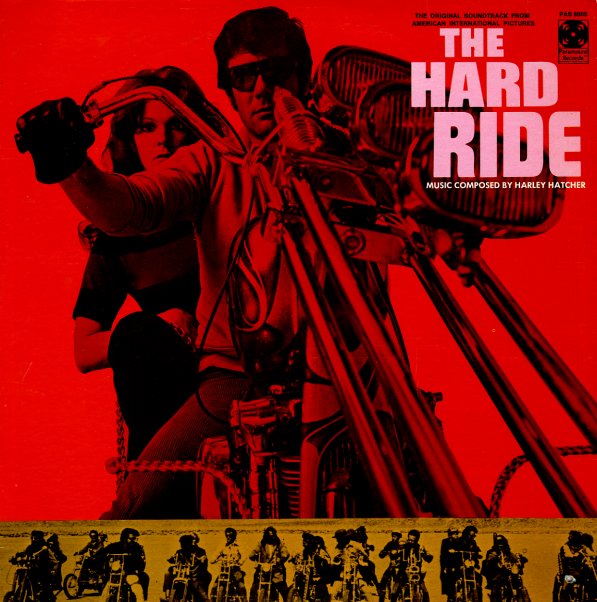 A delightfully offbeat soundtrack from the glory days of the biker film – put together by Harley Hatcher, but featuring performances by a whole host of different artists! Hatcher approaches the record with the same sort of vibe that Mike Curb was using for similar projects – working with a bunch of short vocal numbers, most of which are performed by lesser-known groups, in styles that are almost a Sunshine Pop take on biker rock! The big star here is Bill Medley – who sings "Swing Low Sweet Chariot" – and other titles include "The Hard Ride" and "Victorville Blues" by The Sounds Of Harley; "Shannon's Hook Shop" and "Let The Music Play" by Bluewater; "I Came A Long Way To Be With You" and "Carry Me Home" by Thelma Camacho; and "Fallin In Love with Baby" by Junction.  © 1996-2021, Dusty Groove, Inc.