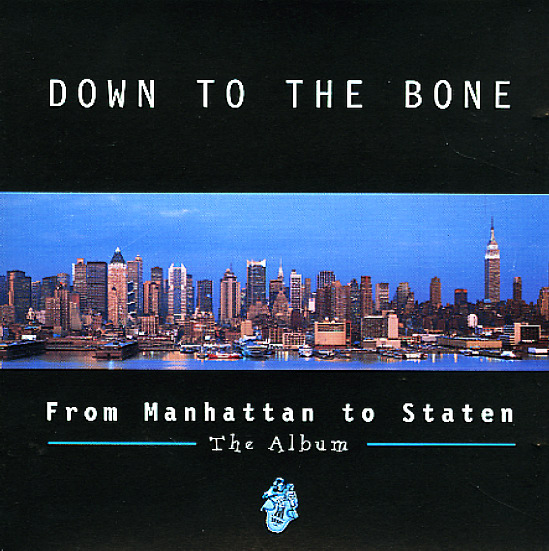 From Manhattan To Staten

A record that moves across the boroughs of New York – and which also managed to have a huge impact on the Windy City as well – given that the music of Down To The Bone was perfect for the groove of the Chicago steppers scene in the 90s! The group are a bit jazz, a bit soul, and have this chunky funky rhythm at the bottom that shows their roots in the British scene – maybe a mix of electric jazz modes with inspirations from artists like Soul II Soul or the James Taylor Quartet – taken to a style that's slightly tighter overall. There's a fair bit of programming in the rhythms, mixed with live instrumentation from group members – and titles include the classic "Staten Island Groove", plus "Muesli Brown", "Savour The Flavour", "Brooklyn Heights", "3 Days In Manhattan", "Carlito's Way", "On The Corner Of Darcy Street", and "17 Mile Drive".  © 1996-2022, Dusty Groove, Inc.
(Out of print.)

Cellar Funk
Narada, 2004. Used
CD...$4.99
The Down To The Bone posse are at it again – coming up with some incredibly sweet jazzy grooves – and somehow sounding even better than before! The album's got the group's characteristic bounce firmly in place – the groove that made them a surprise global success nearly a decade ... CD