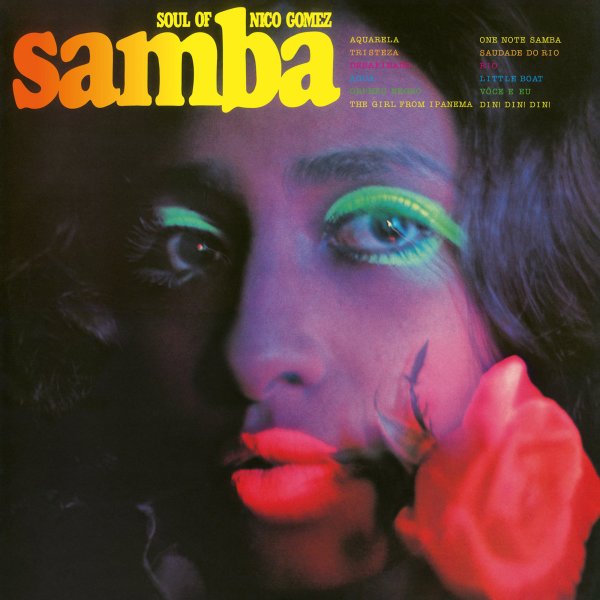 Also available
Nico Gomez — Soul Of Samba (aka Bossa Nova) ... LP 25.99
A very cool Japanese version of this mighty groover from the great Nico Gomez! Nico's known for his harder pounding tracks that have become favorites with the funky crowd, but this stellar album shows that Nico could also work in jazzier territory when he wanted to – as the album's a wonderful batch of tunes that mix together Latin, groovy, and bossa styles! There's some very nice wordless female vocals on a few cuts, scatting along with a warm breezy feel – and other tracks feature vibes, or guitar, sax, and other strong instrumental elements – with more than enough punch to be funky at a few points. The whole thing's as groovy as groovy can be – with a sound that's past bossa, and way more than any fake easy instrumental attempt at the genre – a real peep into the mad mind of Nico Gomez, and proof that his albums are always worth tracking down! Titles include "Din Din Din", "Aquarela", "Samba De Rio", "Saudade Do Rio", "Agua", "Rio", and "O Barquinho".  © 1996-2022, Dusty Groove, Inc.