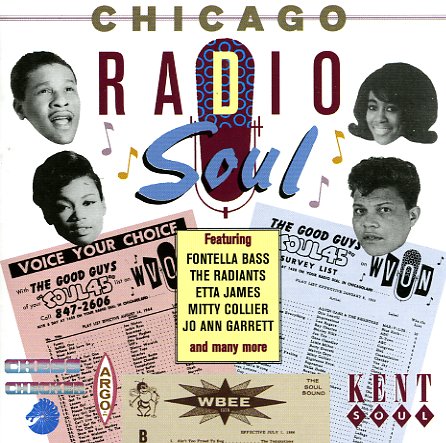 A really great look at a special side of the Chess Records soul catalog of the 60s – tracks that were very big on Chicago airwaves in the label's home town, yet which hardly got much play at all in the rest of the country! The collection's put together by Robert Pruter – the man who (literally) wrote the book on Chicago soul – and it's a wonderful portrait of soul in the Windy City of the 60s, with strands of music that nicely differ from the overplayed hits in later years. The collection also stands as a super-strong tribute to the never-ending genius of Chess Records – a label that never seems to let us down whenever we uncover a soul single we've never heard before! Titles include "Shy Guy" by The Radiants, "No Faith No Love" by Mitty Collier, "I Can't Help Myself" by The Gems, "Love Is A 5 Letter Word" by James Phelps, "A Thousand Miles Away" by Jo Ann Garrett, "Selfish One" by Jackie Ross, "Strange Feeling" by Billy Stewart, "The Creeper" by Freddy Robinson, "Peak Of Love" by Bobby McClure, "Lonely Girl" by Andrea Davis, "This Heart Of Mine" by Tony Clarke, "Bossa Nova Bird" by The Dells, and "Only Time Will Tell" by Etta James.  © 1996-2021, Dusty Groove, Inc.