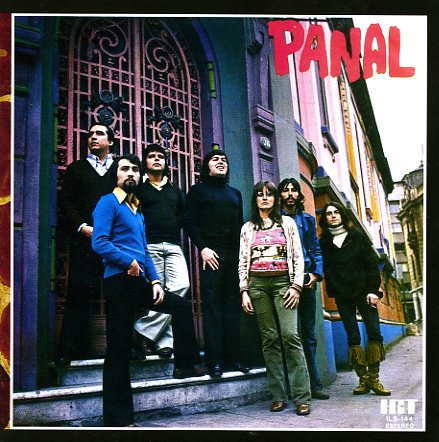 Also available
Panal — Panal ... CD 14.99
A great little group from early 70s Chile – a scene we know very little about, but which we're ready to dig a lot more, given the strength of this set! Panal have a style that's partly psych, partly hard rock – kind of the blend that was coming out of the Peruvian scene in the early 70s, but a bit more straightforward overall – lots of bold guitar bits wrapped up with Hammond lines, and occasionally a few Latin touches in percussion – so that some of the best cuts here have a cool Chicano Rock-styled groove. Most tracks have vocals, but the instrumentation clearly is the main focus here – taking off with a jamming groove that would have made some of the Bay Area scene up north take notice. Titles include "Limena", "Cucurrucucu Paloma", "Lamento Borincano", "Recuerdos De Ipacarai", "Paisajes De Catamarca", and "Si Somos Americanos".  © 1996-2022, Dusty Groove, Inc.

Sean O'Hagan Presents The Sunshine World Of Louis Philippe
Tapete (Germany), Late 90s/2000s. New Copy
LP...$27.99 29.99 (CD...$17.99)
A great introduction to the music of a criminally neglected figure in British Pop music – the wonderful Louis Philippe, an artist whose sound was always a bridge between the sunshine pop of the 60s and the smart singer/songwriter sounds of the later British scene! The High Llamas' Sean O'Haga ... LP, Vinyl record album