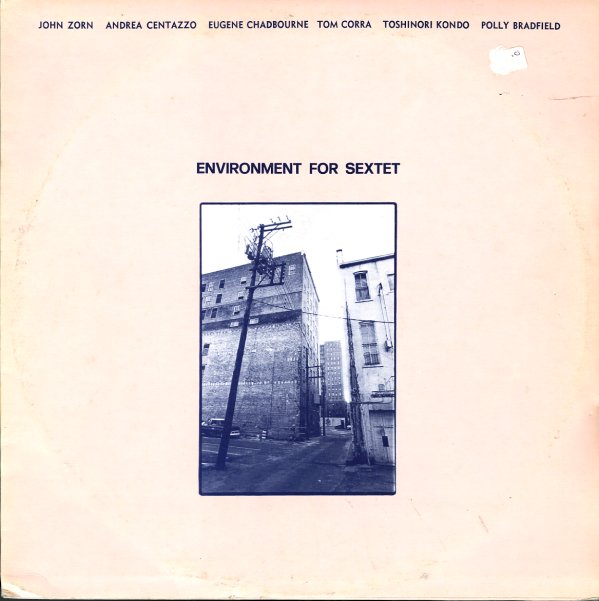 An album that's maybe more of a document of the downtown New York scene than the usual European outing we'd expect from drummer Andrea Centazzo – as the group features John Zorn on reeds, Eugene Chadbourne on guitar, Tom Cora on cello, Polly Bradfield on violin, and Toshinori Kondo on trumpet! The group here are freely improvising, but also working with graphic scores at points – in a mode that's very much in keeping with the early experiments that Zorn was creating at the time – and which draws plenty from the young genius of all the other group members too! Titles include "First Environment For Sextet", "Second Environment For Sextet", and two selections of "Solo Improvisations".  © 1996-2022, Dusty Groove, Inc.