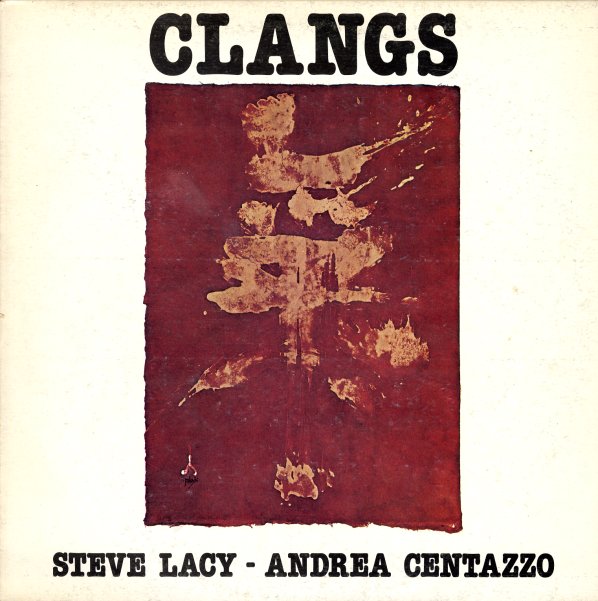 The title here is very well put – as the record, while not one of "clangs", is certainly ones of sounds as much as music – delivered by the mighty Steve Lacy not just on soprano sax, but also on bird calls, and the electronic cracklebox too! Drummer Andrea Centazzo matches Lacy in range of sonic sources – using not just drums, but also gongs, whistles, cymbals, and a variety of smaller percussion instruments – improvising freely in the long space of the tracks on the set – very much at the looser side of the Lacy spectrum for the 70s! Titles include "Dome", "The New Moon", "The Owl", and "Tracks".  © 1996-2022, Dusty Groove, Inc.