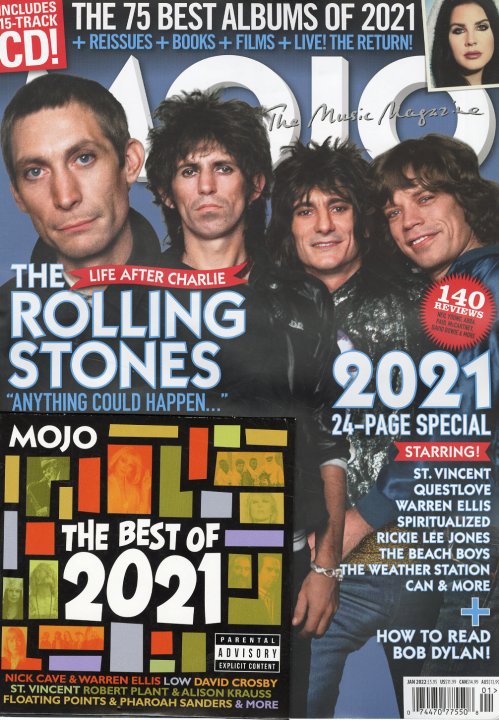 That's a four-man Rolling Stones on the cover, contemplating life without Charlie Watts – the big feature this time around! Also, 2021 gets plenty of coverage too – with a look at the 75 best albums of the previous year, plus more on St Vincent, Questlove, Can, Warren Ellis, and The Beach Boys – and everything that's happened with those acts in the past 12 months. The issue also has a special feature on How To Read Bob Dylan – and looks at Laura Nyro, John Lennon, Geno Washington, The Fillmore East, and the duo of Bonnie Prince Billy and Bill Callahan. And lastly, there's a bonus CD – 15 tracks by St Vincent, Floating Points & Pharoah Sanders, Robert Plant & Allison Krauss, David Crosby, Low, and others!  © 1996-2022, Dusty Groove, Inc.