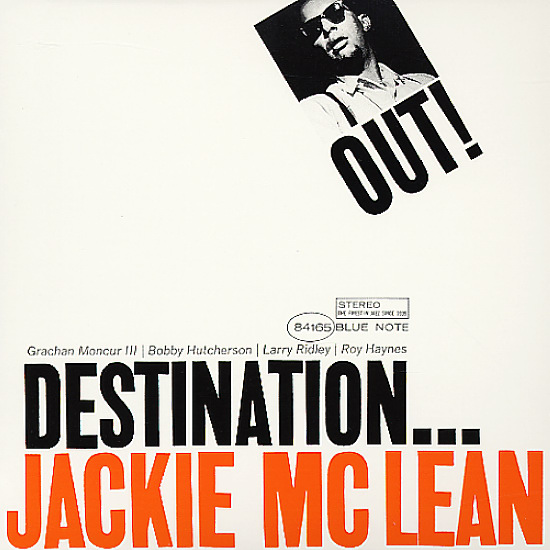 A modernist classic from 60s Blue Note! The album's one of Jackie McLean's greatest from the time – and one of his seminal "new thing" sessions cut with young modernists Grachan Moncur III on trombone and Bobby Hutcherson on vibes – both young players who were really finding the sharper edges of their sound at the time! Three of the four long tracks on the record were written by Moncur, and have a similar approach to his own recordings for Blue Note – moody and introspective, in a style that's as concerned with sound and space as it is jazz and rhythm – and Hutcherson's vibes are beyond compare here, with have a sinister metallic quality that he only used briefly in his early career! The whole record's a gem, and one not to pass up! Titles include "Kahlil The Prophet", "Riff Raff", and "Love & Hate".  © 1996-2023, Dusty Groove, Inc.
(Part of the Blue Note Classic Vinyl Series!)