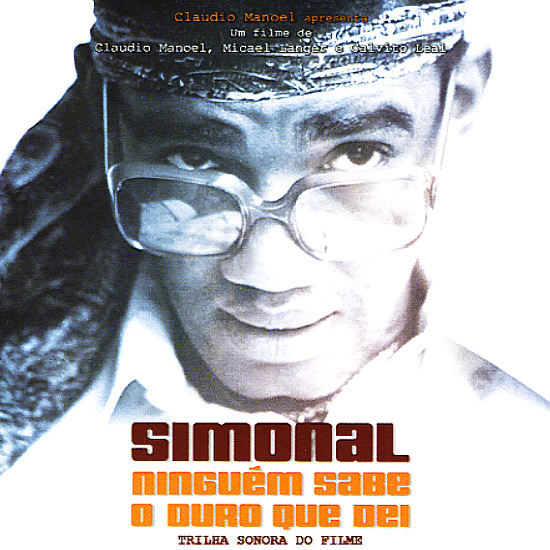 Classic work from Wilson Simonal – pulled together in support of a contemporary film, but a killer collection of Simonal's soulful grooves from many years back! The work here all comes from Wilson's legendary Odeon/EMI years – mostly from the late 60s, a time when he was one of the first Brazilian artists to draw heavily from American soul influences – working in a vein that's somewhat similar to the earliest samba/soul experiments of Jorge Ben – but with fuller backings, and a bit less samba overall. The grooves are all pretty darn swinging, with a snapping approach to rhythm that really holds up over the years – and titles include "Pais Tropical", "Tributo A Martin Luther King", "Vesti Azul", "Roda", "Balanco Zona Sul", "Esta Chegando A Hora", "Samba Do Mug", "Mamae Eu Quero", "Mamae Passou Acucar Em Mim", and "Carango".  © 1996-2022, Dusty Groove, Inc.
(Out of print.)

Meus Momentos
EMI (Brazil), Late 60s/Early 70s. Used
CD...$9.99
Killer stuff by an artist who dominated Brazil's pop charts in the late 60s with his brilliant soulful recordings! Wilson Simonal had a deep rich voice, and the arrangements on his classic EMI/Odeon recordings have a similar feel to some of the soul music released on Capitol in the US during the ... CD

Encontro
EMI (Brazil), 1966. Used
CD...$8.99
One of Brazil's greatest vocalists meets one of its hippest bossa combos! Pery Ribeiro was a singer with a pre-bossa style, but during the 60s, he really managed to pick up on the new mode of music – and turn his more romantic vocals into a sweetly grooving style that really worked with with ... CD

Elis (1980) (aka Vento Do Maio)
EMI/Odeon (Brazil), 1980. Used
CD...$9.99
A pretty sweet album by Elis Regina – and one of the last she ever did! The arrangements have a bit more of an electric jazz sound than usual – but they actually give her voice a nice sound, and create some nice lush soulful tracks that have a very sweet sound. Cesar Mariano is still ... CD