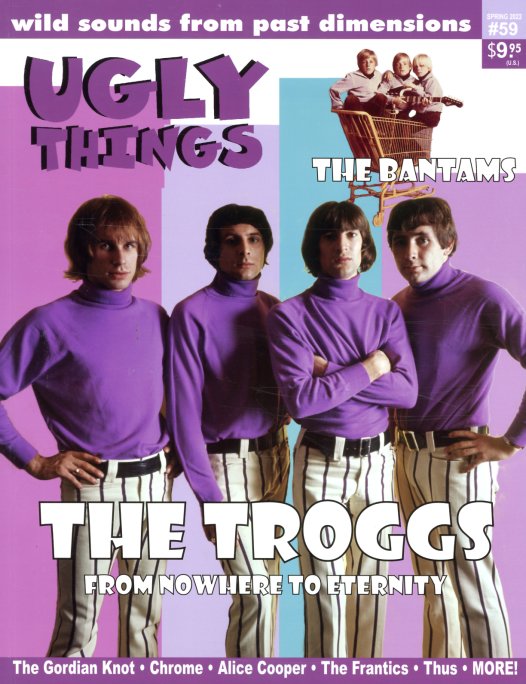 The Troggs look more colorful than we've ever seen them on the cover – and the issue has a very colorful feature on the gritty garagey 60s group within – next to other articles that are done in the long form, deep-digging style that always makes Ugly Things such a satisfying read issue after issue! Other features include a look at Alice Cooper in 1974, an interview with Brian Hogg of Bam Balaam, and another talk with Tom Hanks about his Back Of The Station Wagon radio show. There's more too – on The Gordian Knot, Chrome, The Frantics, Bantams, and Thus – and record reviews, rare record news, and lots more too!  © 1996-2022, Dusty Groove, Inc.