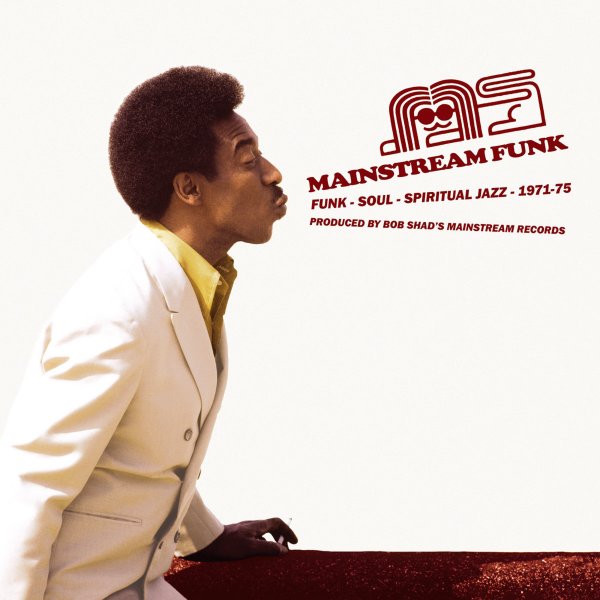 Also available
Various — Mainstream Funk – Funk, Soul, & Spiritual Jazz 1971 to 1975 ... LP 38.99
Funky jazz and a touch of soul – all pulled from the short-lived but legendary Mainstream Records – home to a whole host of hip artists in the early half of the 70s! Mainstream picked things up from Impulse, Prestige, and other soulful labels of the 60s – allowing jazz musicians to stretch out with a new sense of expression, but often in ways that hit a mighty nice groove – kind of a 70s update of the soul jazz modes of the generation before, but with a few spiritual jazz touches too! You'll know a few names here from older Blue Note recordings, and they've got an updated 70s vibe, and are matched with some hip younger talents too – all in a great array of grooves that's superbly selected throughout. Titles include "Inner City Blues" by Sarah Vaughan, "M'Bassa" by Lamont Johnson, "Last Tango In Paris" by Blue Mitchell, "Betcha Can't Guess My Sign" by Prophecy, "Family Affair" by Dave Burrell, "Right Off" by John White, "Betty's Bossa" by Johnny Coles, "Little Heart Of Pieces" by Barry Miles, "Quiet Afternoon" by Buddy Terry, "Matrix" by Mike Longo, and "It's The Right Thing" by Pete Yellin.  © 1996-2023, Dusty Groove, Inc.