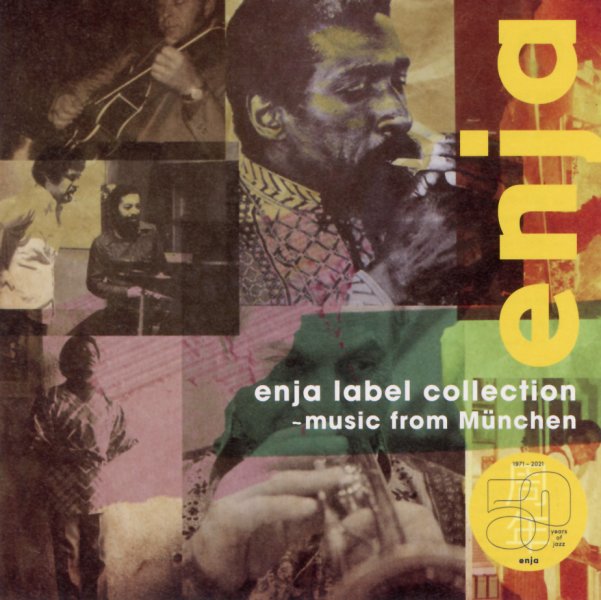 A great tribute to the mighty talents of Enja Records – a German label that really helped build bridges in the 70s – expanding out from its base in Munich to offer a lot of strong opportunities for American players as well! The Enja touch is a really special one – an approach that allows lots of freedom for the musicians, although rarely in a free jazz sort of way – as Enja helped find new levels of straight jazz expression at a time when so many other American labels were either getting very commercial, or closing up shop – one more reason why Enja's ability to welcome older artists in just the right way was so important. This 2CD set is overflowing with gems from the Enja catalog – 19 killers that include "Only Blue" by Bobby Jones, "Spacemaker" by Pepper Adams, "Blues For EP" by Mal Waldron, "Voyage" by Kenny Barron, "Softly As In A Morning Sunrise" by John Scofield, "Outpost Blues" by Freddie Hubbard, "Body & Soul" by Tete Montoliu, "Sometimes I Feel Like A Motherless Child" by Hannibal Marvin Peterson, "Rahsaan's Run" by Woody Shaw, "My One & Only Love" by Bennie Wallace, "Kaybee" by Attila Zoller, "Peace" by Chet Baker, "By George" by Elvin Jones, "Soul Connection" by Dusky Goykovich, and "My Romance" by Archie Shepp.  © 1996-2022, Dusty Groove, Inc.
(Includes obi.)

Improvised Forms For Trio
Challenge/Ultra Vybe (Japan), 2000. Used
CD...$9.99
A really different album from pianist Enrico Pieranunzi – and one that really lives up to its title! Rather than being song-based – featuring compositions by Enrico or some of his contemporaries – the record features the trio improvising, but never in a free jazz way – ... CD

Left Alone Revisited
Enja (Germany), 2002. Used
CD...$9.99
The duo of Archie Shepp and Mal Waldron come together beautifully here – in a mode that echoes some of the duets that pianist Waldron recorded with other reedmen in the 70s and 80s, but which has an especially wonderful contribution from Shepp! Archie blows both tenor and soprano sax – ... CD

Skull Session
Flying Dutchman/Ultra Vybe (Japan), 1975. Used
CD...$9.99 (CD...$13.99)
A fantastic transformation of the Oliver Nelson sound of the 60s – a large ensemble record that takes all the soul of his earlier groove, and reworks it with a more electric vibe for the 70s! Nelson's at the height of his powers here – working brilliantly as a leader and arranger, to ... CD