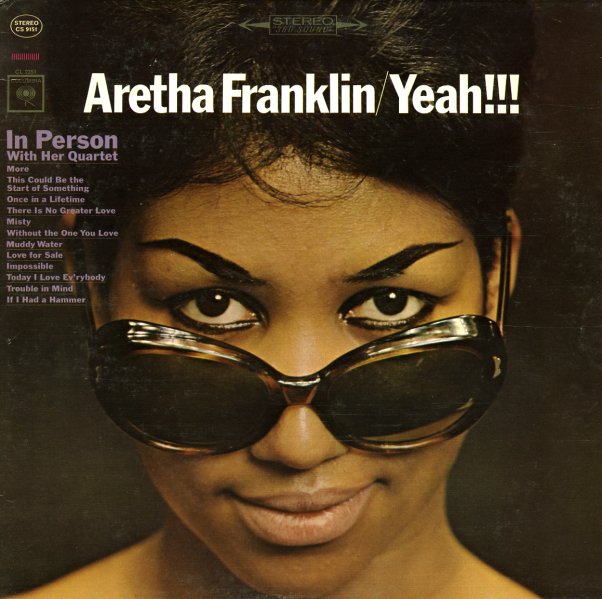 Yeah – In Person With Her Quartet (180 gram purple vinyl pressing)

A hip little live date from Aretha Franklin – one that's got a very jazzy feel, and some great small combo backings! The album's almost a distillation of the jazzy styles on Aretha's first albums for Columbia – taken into even leaner territory here, in ways that really set Franklin loose on vocals – making for some of her most forceful moments on record at the time. The quartet features pianist Teddy Harris, who steps back on a few tunes to let Franklin take over the piano – and titles include "Once In A Lifetime", "Love For Sale", "Impossible", "Today I Love Everybody", and "Without The One You Love".  © 1996-2022, Dusty Groove, Inc.
(Limited, numbered edition of 2000 copies!)