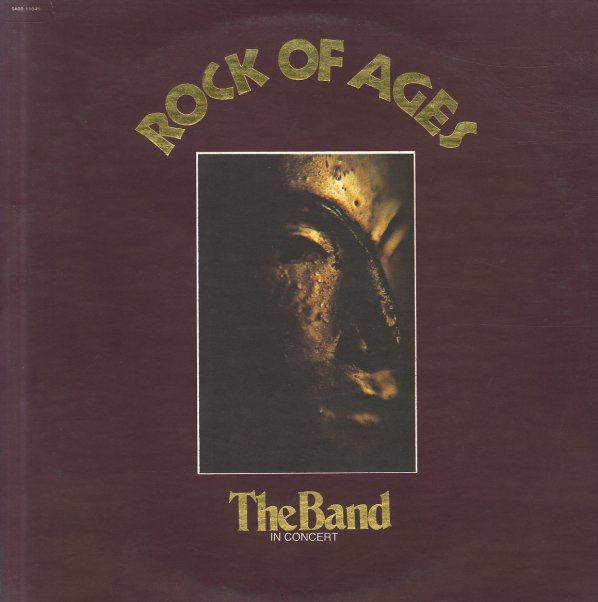 Rock Of Ages – The Band In Concert (Japanese SHM-SACD pressing)

The Band's epic double live album from '72, when they were at their peak – arguably a more exciting listening experience than even their best studio albums, which they always (wisely) considered a different universe then the live stage. Ever ambitious, The Band commissioned Allen Toussaint, one of their heroes to compose some horn arrangements, which indeed sound great – and the band is in such great form here – they're an unbelievably tight unit, but it never sounds slick or manicured. Perfection! Includes "Don't Do It", "King Harvest", "Caledonia Mission", "Get Up Jake", "Stage Fright", "The Night They Drove Old Dixie Down", "This Wheel's On Fire", "The Weight", "Life Is A Carnival" and more.  © 1996-2022, Dusty Groove, Inc.
(Out of print, 2014 SHM-SACD only pressing. For SACD players only!!!)

Music From Big Pink (Japanese SHM-SACD pressing)
Capitol (Japan), 1968. Used Gatefold
CD...$49.99
The landmark first album from The Band – and along with the follow-up, it's among the greatest records of its time – which is all the more astounding given how independent of late 60s trends it is! Each member of The Band brings such inimitable textures – Garth Hudson's imposing ... CD

Last Waltz
Warner, 1978. Used 2 CDs
CD...$4.99
One of the most iconic rock and roll shows of all time – the late 70s farewell to The Band – and quite famously, much more than a final concert by an esteemed band, it's actually a rock, pop, folk, blues and soul summit that features The Band as the house band. This landmark document ... CD