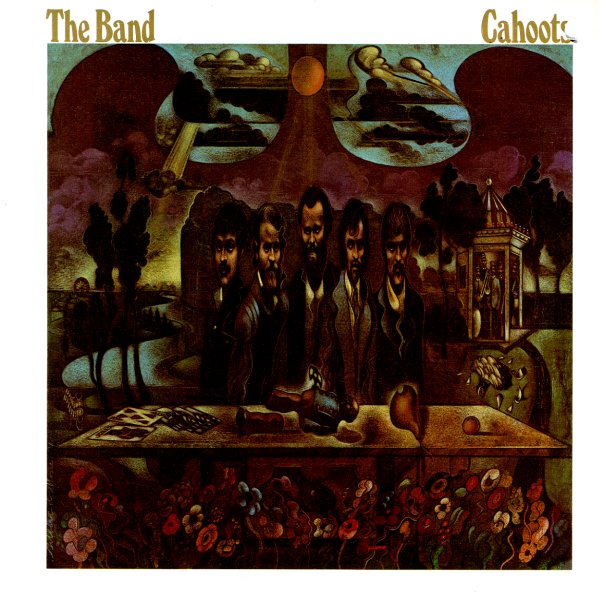 (Out of print, 2014 SHM-SACD pressing in a cool gatefold papersleeve – includes obi! For SACD players only – will not work on standard CD players!!!)

Music From Big Pink (Japanese SHM-SACD pressing)
Capitol (Japan), 1968. Used Gatefold
CD...$36.99 (CD...$4.99)
The landmark first album from The Band – and along with the follow-up, it's among the greatest records of its time – which is all the more astounding given how independent of late 60s trends it is! Each member of The Band brings such inimitable textures – Garth Hudson's imposing ... CD

Stage Fright (Japanese SHM-SACD pressing)
Capitol (Japan), 1970. Used
CD...$36.99
A fantastic classic from The Band – a set that's hardly got them cowering in the corner the way the "stage fright" title might imply – and which instead seems to have the group at their most confident during the early years, effortlessly spinning impeccable musicianship and ... CD

Music From Big Pink
Capitol, 1968. Used
CD...$4.99 (CD...$36.99)
The landmark first album from The Band – and along with the follow-up, it's among the greatest records of its time – which is all the more astounding given how independent of late 60s trends it is! Each member of The Band brings such inimitable textures – Garth Hudson's imposing ... CD