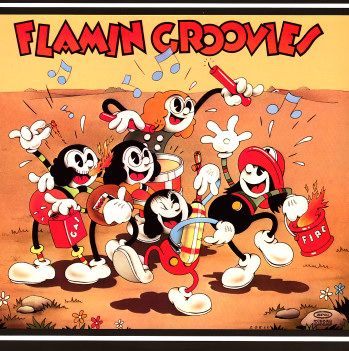 The first album from legendary San Francisco rockers the Flaming Groovies – and the cleaner horn-accented blueprint for the shakey, skronky structure to come! Supersnazz has a bit of a sibling in the first Stooges LP – in that the palatable production only hints at the insanity of later records – but it's a good rocking record all the same, a good site stranger, fierier and groovier than most of their contemporaries could muster! Tracks include "Love Have Mercy", "Laurie Did It", "Rockin' Pneumonia And The Boogie Woogie Flu", "The First On's Free", "Pagan Rachel", "Pistol Packin' Mama", "Brushfire", "Around The Corner" and more. Includes bonus track "Somethin Else".  © 1996-2022, Dusty Groove, Inc.

London Calling (Legacy Edition)(2CD & DVD)
Epic, Late 70s. Used 2CD & DVD
CD...$22.99
Quite possibly the crowning masterpiece by The Clash – and a record that certainly pushed them out of the punk rock ghetto and into the collections of countless mainstream folks over the years! This is the set that really pushed the group over the top – the one that harnessed all the ... CD