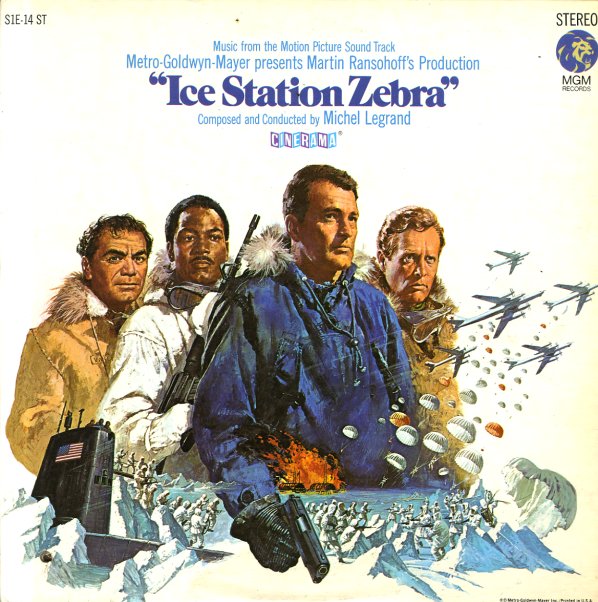 A strange one for Legrand – a soundtrack written for an obscure action film that starred Rock Hudson, Ernest Borgnine, Jim Brown, and Patrick McGoohan! The music is mostly orchestral and dramatic – but given Legrand's genius, it's touched with warm chromatic elements that occasionally show his roots in other styles. The whole thing's packaged in a great gatefold cover with photos on the inside, and a dramatic 70s paperback-style painting on the back. Titles include "The Fight", "Through The Ice", "Mission Accomplished", "The Crevasse", "The Satellite Falls", and "Tigerfish".  © 1996-2022, Dusty Groove, Inc.
(80s MCA Classics pressing. Cover has a cutout notch.)

Summer Of 42
Warner, 1971. Very Good+
LP...$1.99
One of Michel Legrand's greatest moments of the 70s – a sweetly romantic score that lasted a lot longer than the film it was written to accompany! The soundtrack features the haunting "Summer Of 42 Theme", also known as "The Summer Knows" – a drifting sad melody, ... LP, Vinyl record album

Black Orpheus – Original Soundtrack (Fontana pressing)
Fontana, Early 60s. Near Mint-
LP...$19.99
One of the greatest soundtracks ever – a record that set a whole new standard for audio representation of a film! The mad music for the set was composed by Antonio Carlos Jobim, with lyrics by Vincius De Moraes – and performed by Luiz Bonfa on guitar – but despite such prime ... LP, Vinyl record album