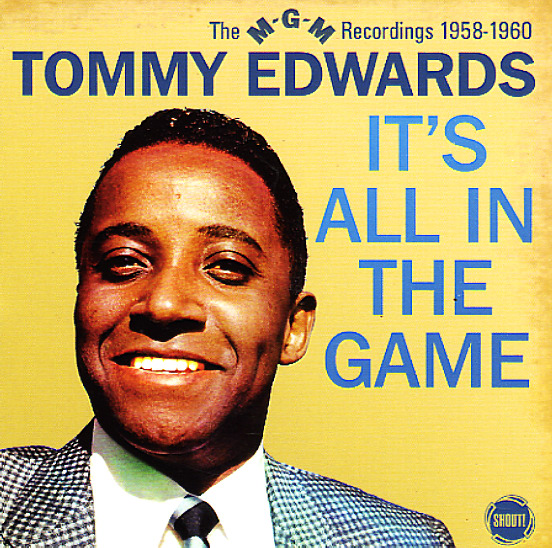 A huge collection of work from the great Tommy Edwards – a set that features four full albums' worth of material, and which stands as a rich testament of Edwards' contributions to American music at the end of the 50s! Tommy has a unique approach on these tracks – a style that's rooted in older jazz vocal modes, especially given his poise and class – but which also has some pop production too – in ways that arguably make Edwards a key figure in the development of early soul music! You'll definitely hear a key criss-crossing of modes on these tracks – heartfelt vocals mixed with captivating production – and the package features a whopping 57 tracks in all – material from albums that includes For Young Lovers, It's All In The Game, Step Out Singing, and You Started Me Dreaming – with titles that include "Music Maestro Please", "Please Mr Sun", "My Sugar My Sweet", "It's All In The Game", "You Win Again", "Always", "Until The Real Thing Comes Along", "The Composer", "Should I", "Suzie Wong", as You Desire Me", and "Once There Lived A Fool".  © 1996-2022, Dusty Groove, Inc.
(Out of print and still sealed! Shrinkwrap has a sticker remnant on the front.)

Billie Holiday (MGM) (aka Last Recordings) (Japanese paper sleeve edition)
MGM (Japan), 1959. Used
CD...$24.99
Billie Holiday's last recording – and a really beautiful little set that's a perfect cap to her all-too-short career! The album's got a style that's similar to the better-known Lady In Satin album – with backings from Ray Ellis that are a bit more lush than those used during the Verve ... CD