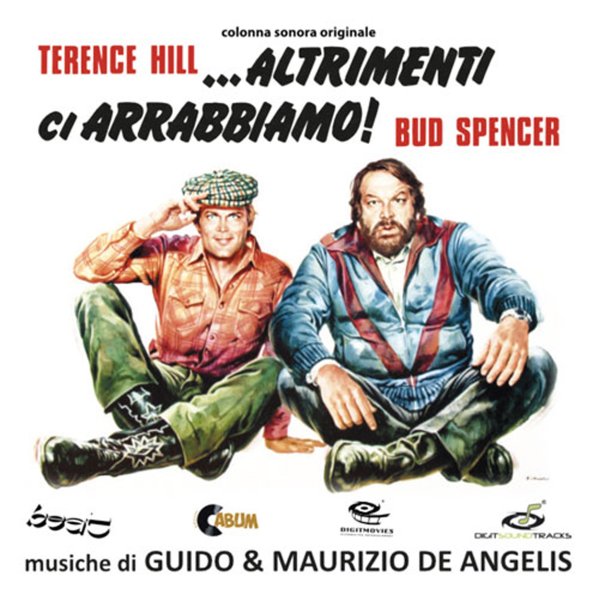 One of the grooviest soundtracks we've ever seen for one of the classic Italian comedies from the team of Bud Spencer and Terence Hill – music that's got all the best qualities of Guido and Maurizio DeAngelis really coming to the forefront, without some of the sometimes-cheesy elements they sometimes used in later years! The set begins with a romping vocal number titled "Dune Buggy", sung by Oliver Onions, and a cut that really sets the scene for the rest of the music – which is often in a really playful blend of acoustic and electric instrumentation, nicely romping around with this kind of wheel-rolling sort of rhythm! The set features a few variations on "Dune Buggy", plus more titles that include "Across The Fields", "Il Ballo", and "Il Coro De Pompieri" – plus more variations on the title theme too.  © 1996-2022, Dusty Groove, Inc.